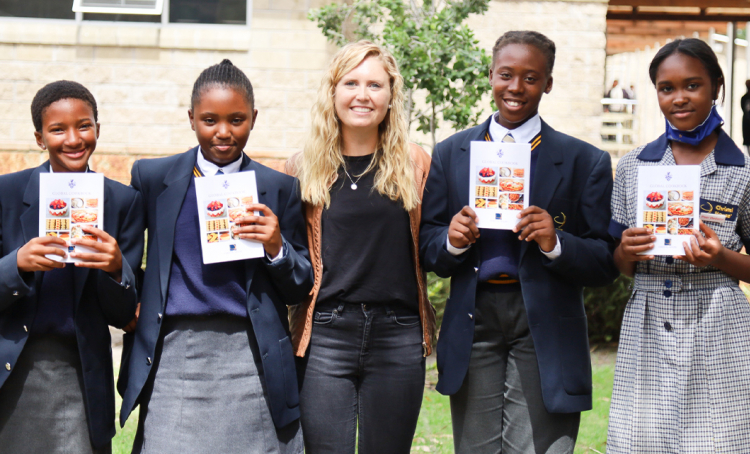 The Perse School, a top performing independent school in Cambridge, England, has launched a global cookbook project benefitting Christel House. The cookbook includes recipes and stories from Christel House students from around the world, including India, Mexico, South Africa and the United States.

The Perse School is a long-time supporter of Christel House and students at the school started a Christel House Club to support Christel House’s mission. Rhea S., a student at Perse helped create the cookbook concept. “We wanted to connect with the Christel House students and find out more about their aspirations and the values we share in common,” says Rhea. “I have personally tried some of the dishes from other countries because I was keen on getting a taste of the other cultures and I really enjoyed them.” The cookbook features nineteen culturally unique recipes, such as Toad in the Hole from the UK, Peanut Chutney from India, Tamales from Mexico, and Bolillo Relleno from the USA. Four South African dishes are also featured including Aviwe N.’s family recipe for Chakalaka, an African spicy vegetable relish. “This colorful meal brings me happy family memories because my aunt always prepares it for our monthly family dinners,” she says. “I’m very proud of my roots and excited to share my family recipe with the world!” So far, The Perse School has sold over 100 copies of the cookbook at roughly £10 each ($14 USD) and all proceeds will go to Christel House.