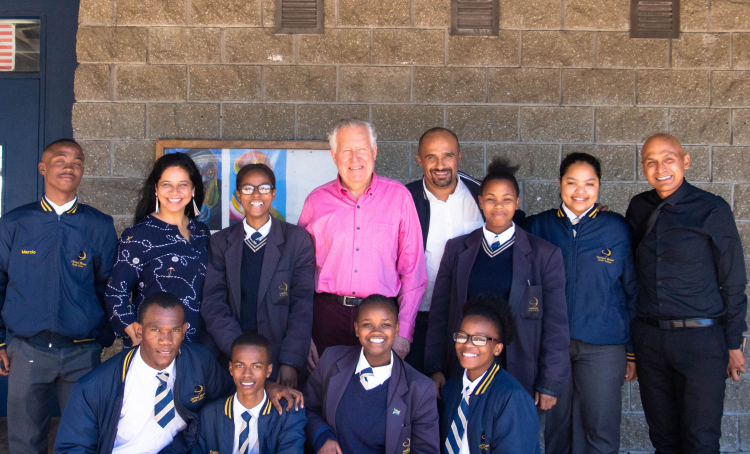 Member of the House of Lords in the United Kingdom and anti-apartheid activist, Lord Peter Hain, visited our school and addressed our Grade 10, 11 and 12 history students in February.

Hain spoke about his and his family’s role in the apartheid struggle. As a result of security police harassment, Hain's family was forced to leave South Africa for the United Kingdom in 1966. At 19 years old, Hain became chairman of the Stop the Seventy Tour campaign which disrupted tours by the South African rugby union and cricket teams in 1969 and 1970. In 1972, his family received a letter bomb from the South African Security Services, which failed to explode because of faulty wiring. Last year, Hain also testified at the commission of inquiry into state capture and continues to play a role in South Africa by being a watchdog for corruption.

Hain spoke to our students about the importance of quality education and hard work in securing their place as future leaders in our country. “Working hard at school is your passport to a better life. If you can get good skills, such as the skills offered to you by Christel House, you can do well. Even though you might not be thinking about it now, you are the future leaders of South Africa. It is up to you to be the change in this country,” says Hain.