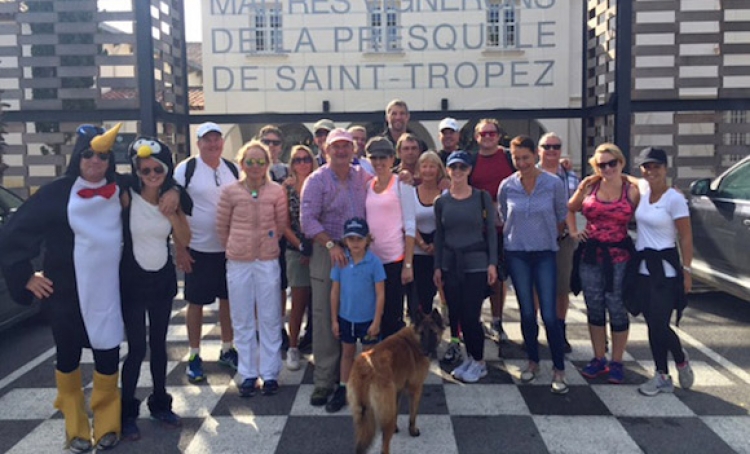 Karma Royal Group raised over €10,000 ($10,600) for Christel House India—Bangalore’s College & Careers scholarship program with its inaugural Penguin Walk on Oct. 20. Led by John Spence, Founder, Chairman and CEO of Karma Royal Group, supporters hiked 22 miles through the French countryside near St. Tropez. Beginning their journey at Karma Estate’s Le Preverger chateau, the walk ended approximately six hours later at the beach with a lunch at Le Club 55. According to Spence, the group is already planning the 2016 Penguin Walk.

“To be in a position of being able to embark on physically challenging adventures such as the Karma Penguin Walk, in the company of high-achieving, socially responsible and like-minded individuals, is a tremendous privilege and one that I intend for us to continue each year, for the express benefit of the young students on the College & Careers scholarship program,” said Spence.

Karma Royal Group has been a longtime supporter of Christel House India—Bangalore, donating to the school’s library and organizing an annual “Camp Royal” excursion that allows students to enjoy a short vacation to one of the group’s resorts.