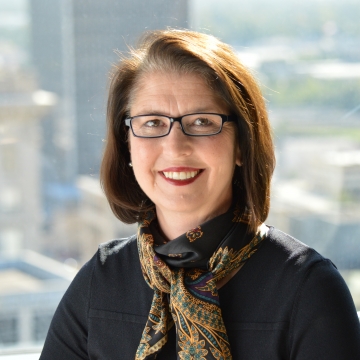 Bobbi started her career in government, followed by seven years in the banking industry, working in Public Funds and Cash Management for Bank One and Keybank.  Before joining Christel House International, this consummate development professional served 11 years at the Indiana University Foundation, culminating in her role as Executive Director of Corporate and Foundation Relations.

Bobbi earned her B.S. from Ball State University and is a Certified Cash Manager (CCM). She serves as a member of the United Way of Central Indiana’s Capital Projects Committee as well as several other volunteer roles throughout the Indianapolis community.