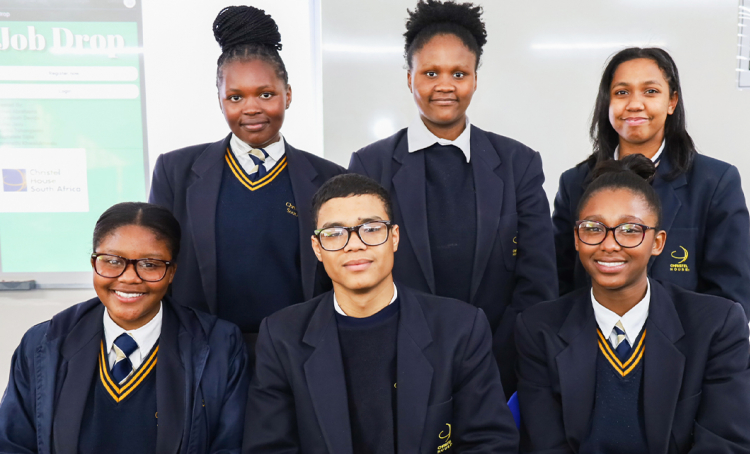 In a digital innovation competition, a team of Christel House students developed a winning concept for an app to tackle the unemployment crisis in South Africa. The six students won the award as part of the goIT program, a competition that gives middle and high school students a hands-on technology education. The Christel House South Africa (CHSA) students competed against seven other schools during the goIT challenge. The CHSA team app idea would allow a user to search for job openings in specific industries. As part of their concept, the app goes a step further by recommending upskill opportunities for available positions by suggesting courses the user might take to qualify for the open jobs. For their concept, each of the CHSA students were awarded a tablet for winning the challenge. Alutha T., Grade 9, was inspired working with her classmates. “I have a great interest in technology and coding,” she says. “After winning this challenge, I would now love to pursue a career in a coding related field.” Mr. Cedric Esterhuizen, Head of the Language, CAT, Robotics & Droning Department is proud of the CHSA team’s showing. "The students really put their best foot forward,” he says. “Their work ethic was admirable as they developed their concept."