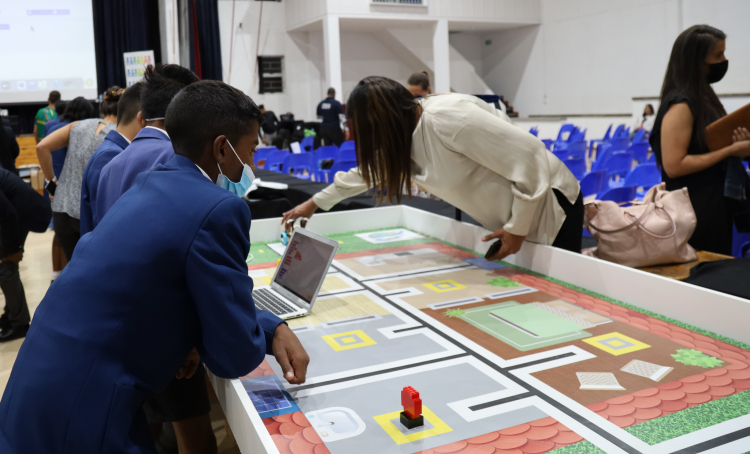 We are proud to announce that our school is the official host of the World Robot Olympiad (WRO) SA 2022 Western Cape Provincial competition, which will take place on Saturday, 13 August.

The WRO Western Cape organising committee announced our school as the hosts at the WRO SA Western Cape Season Launch information evening, which took place in March. The launch event was live streamed on YouTube and included in-depth information about this year’s themes and challenges, as well as showcased various robotics workshops.

Mr. Cedric Esterhuizen, our HOD of Christel House: Languages, CAT and Robotics, is also the Vice Chair of the WRO Western Cape. He says, “We are honoured to be associated with the WRO as the official host of the provincial event this year. Our school has been participating in the WRO events since 2017 but this year is especially exciting for our students as they’ll be competing on their own turf.” We are very excited to welcome the top Robotics schools in the Western Cape to our campus in August and to compete for a place at Nationals later in the year.