Anne is a "helper" each day at Christel House 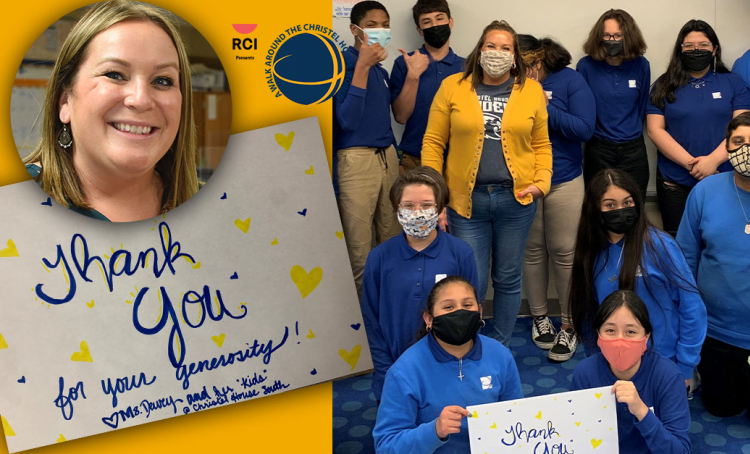 Christel House is Anne Dewey’s “happy place.” The 6th grade Math/Science teacher at Christel House Academy South in Indianapolis  says, “While not every moment here is a happy moment, every moment spent here is valuable. Every moment means SOMETHING to someone.” Anne began working at Christel House in January of 2020. Only nine weeks after she started, classes went all-virtual. Rather than distressing, Anne was inspired by her students’ positivity. Anne gives her everything to her students every day, but the Virtual Walk Around the World was a chance for her to mobilize her friends and family to also give. Anne has risen to the challenge the same way her students rise to their daily challenges. She has raised over $2,600 so far, and she’s not done walking.

Anne was inspired to “become a helper” growing up as a fan of Mister Roger’s Neighborhood. Her first job at age 13 at a children’s dance studio fed her passion for teaching. She first cut her teaching chops in Prince George’s County, Maryland—an urban district where she felt like she was making a difference. But when she moved to Indiana, she taught in a suburban district. She eventually left to pursue another passion, but kept in touch with former colleagues, including Kristen Stratton, now the Assistant Principal of Christel House. Kristen’s stories about the students and culture helped Anne realize that teaching was her true passion, and Anne was excited to join Christel House’s staff. Anne came to Christel House because she wanted to be where students felt her belief in them. She wanted to teach in an urban district where her relationship to students was imperative to their comfort and feeling successful. Anne says she teaches not only academics, but also “core life values, and how to go be big!” She knows many of her students don’t have easy lives, and they are her inspiration. She told us,  “I may not personally have the finances to put forth the dollars to help our school continue to be great, but I know a lot of great people who love to give back, and who adore my passion for teaching these kiddos.”