Alumni take steps forward to give back! 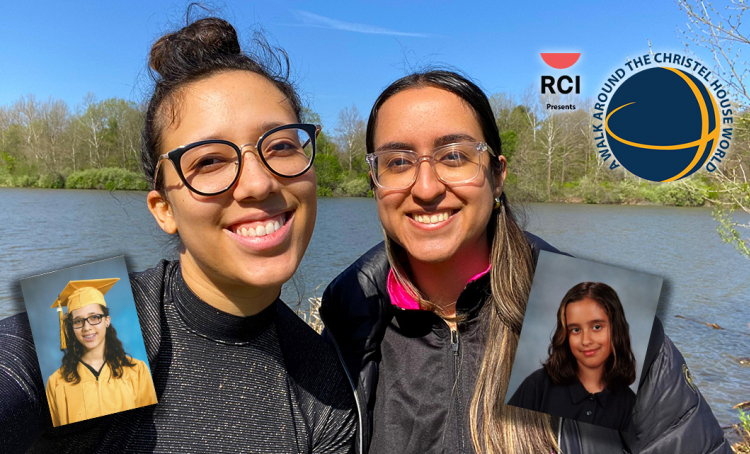 Cheri Walker-Owens and Lexes Rubio are young people making a big impact in Indianapolis. Cheri is a graduate of the University of Indianapolis, where she received a full-tuition scholarship for Christel House alumni. After graduating, she interned for the state government. Now she works for the Indiana Office of Technology as a Junior Security Engineer. Lexes is also a proud UIndy Greyhound, graduating in 2018 with a B.A. in Accounting and a minor in Information Systems. Lexes worked as an auditor for two years before transitioning to an IT role as a SAP Junior Consultant for Endress + Hauser. These rising tech stars’ journeys to a lifetime of empowerment began at the institution that they’re now giving back to—Christel House.

Cheri came to Christel House Academy South in the second grade. “My favorite Christel House memory is meeting Lexes. That was the first year of my longest friendship. We’re still friends sixteen years later,” she said. Lexes also shared that her favorite memory of Christel House was the community. Not only did she tell us that all of her lifelong friends were Christel House peers, but she said, “I’ve created amazing relationships with teachers at Christel House. Christel House has made a huge impact in my life.”

Cheri told us that Christel House was a “community that gave me my future.” At Christel House, community is more than just friendships, but also pathways to opportunities. Cheri first worked in her field completing an internship in Arizona, which she applied for on the recommendation of Kara Moreland, the College & Careers Coordinator at Christel House. Lexes’ first major opportunity was also tied to a Christel House connection. She held an internship during the last two years of her college degree with the Indy Eleven professional soccer team, who are also sponsors of the Virtual Walk Around the World.

As a way of giving back, Cheri and Lexes have teamed up with other alumni, including Lexes’ brother Allan Hernandez, and class of 2014 classmates Janise Acosta and Henry Jackson. Organizing the alumni team of the Virtual Walk Around the World gave them a way to give back that fit into their busy lives. “I appreciate Christel House so much. The walk being virtual made it easy to commit to. Plus, I already exercise anyway!” said Cheri.

Both Lexes and Cheri have important messages for why you should donate. Lexes believes, “the alumni team is making a footprint in the world, and we want to give back to other students to pay it forward.” Cheri wants to compete with the big teams. She hopes her team’s firsthand knowledge of the impact Christel House has on a student’s life will push them forward.  “We may not have the resources that the other teams have, like lots of connections that we can ask to donate, but we still care and want to share!” she says, echoing the words of Christel DeHaan.

Help our alumni blaze a path for those who follow in their big footsteps! Make a gift today to the alumni team here.

Thank you Barnes and Thornburg for sponsoring the Christel House Indianapolis Alumni team!