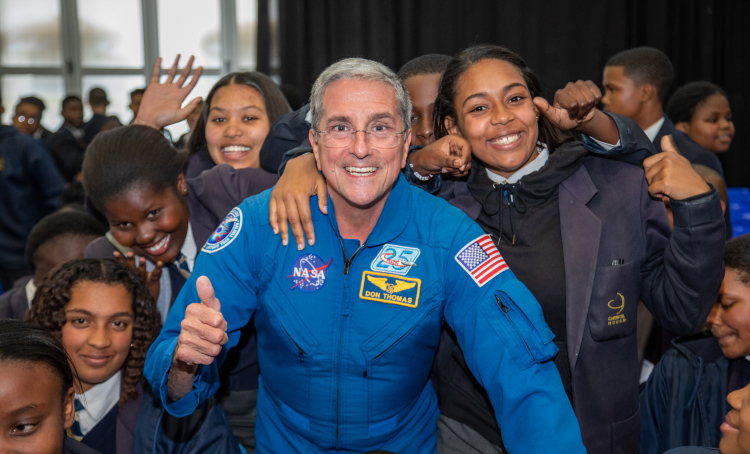 Dr. Don Thomas traveled on the space shuttle Discovery four times, spent 44 days in space and orbited the Earth nearly 700 times. The NASA astronaut landed at Christel House South Africa, inspiring students to keep their eyes on the stars and to reach for their dreams, no matter how impossible they may seem.

Dr. Thomas spoke of dreaming to become an astronaut from the age of six. He applied to NASA four times before he was finally approved. The astronaut, scientist, author and educator praised Christel House South Africa. “I saw a lot of excitement and sparkles in the kids’ eyes,” he says. “Maybe Christel House learners, who are what we call the Mars Generation, will be amongst the first humans to set foot on Mars in the next 20 or 25 years – that would be amazing,” says Dr. Thomas. “I hope I can see that day.”