Graduate urges adults: "You can do it!" 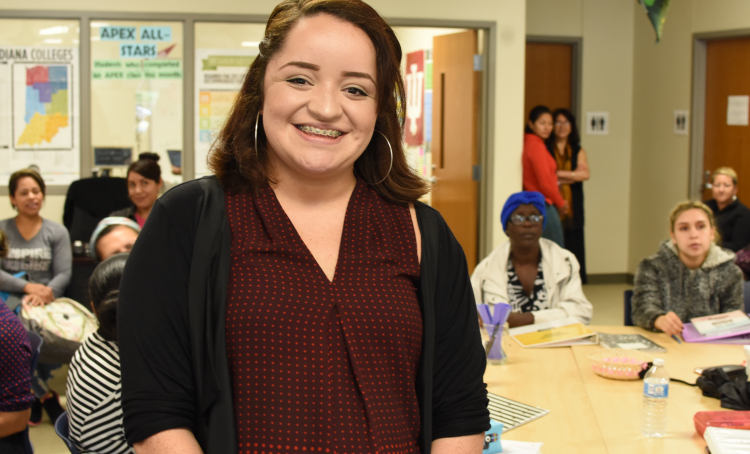 For adults returning to school to earn a diploma, not being able to speak English can make it seem an impossible task. That’s why Christel House DORS (Dropout Recovery School) invited Diana Reyes-Rubina, a 2017 graduate, to encourage ESL (English Second Language) students. “It feels very good,” says Diana after speaking to the class. “I told my story. They can do it. They feel motivated." Diana could barely speak English when she started at DORS in 2016. She never forgot when a graduate speaker inspired her when she was down. “It’s easy to feel discouraged,” says Becca Thill, ESL teacher. “We wanted to bring in someone who had been in their shoes – and could give advice.” Today Diana is a manager at a staffing agency and happy to pay it forward. “DORS has opened many doors for me,” she says proudly.