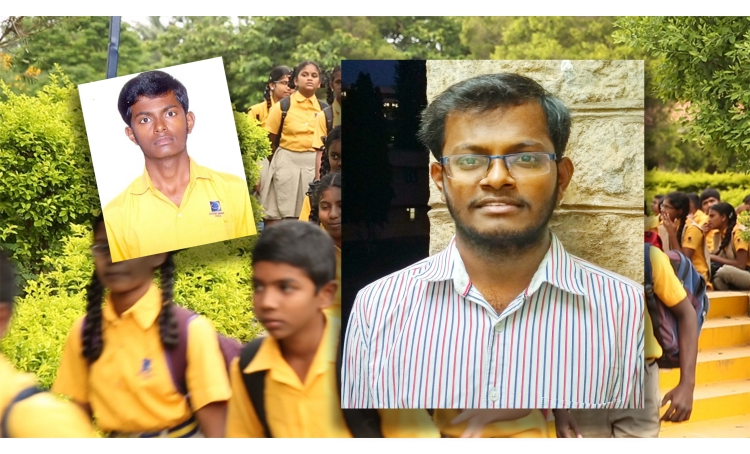 Rakesh Basavaraj, a 2012 graduate of Christel House India, says Christel House changed his life. Rakesh faced many challenges. Before he enrolled in Christel House as an 11th grader, food was scarce. He worked as a child laborer, often late into the evening to help support his family. Government schools offered only the bare minimum – nothing like computer classes, music or science. That changed when Rakesh’s family moved him to Christel House in 2011. At Christel House he was drawn to science classes. But it was daunting. All instruction was in English, but because Rakesh did not start at Christel House as a kindergartner like most of his classmates, he had to acquire these language skills in a very short time. His Biology teacher, Mrs. Anitha Roy, offered support. “She motivated me to stay with science, encouraging me to not quit,” says Rakesh. Today, he has a Bachelor of Science degree in Agriculture Sciences and is working on a Master’s degree. He has a job as an Agricultural officer. “Christel House prepared me for university and a career,” says a grateful Rakesh.