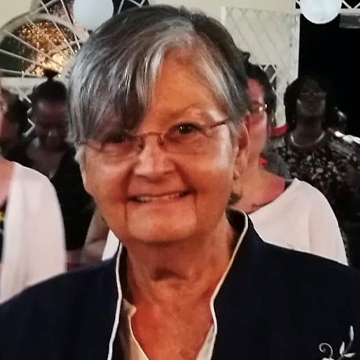 Hon. Sally Porteous CD JP is the Custos Emeritus for the Parish of Manchester. She has held this position for 7 years. The Custos is the representative of  Her Majesty Queen Elizabeth in the Parish and the Governor General, His Excellency, the Most Hon. Sir Patrick Allen.  Sally was the Chief Magistrate, in charge of five Courts and had to oversee the smooth running of these Courts.  She was in charge of 319 Justices of the Peace, President of the Lay Magistrates Association, Chairman of the Parish Disaster Committee, the Safety and Security Committee, The Poppy Appeal  Committee, the  Governor General’s Achievements Awards Committee, the I Believe Committee and  the Curphey Home Committee.  She was Chief Scout and Head of the Girl Guides and is a member of the Board of the Mandeville Hospital.  Prior to becoming Custos, she was the Deputy Mayor of Mandeville and the Member of Parliament representative for the Ja. Labour Party.  She was also the General Secretary of one of the Women’s Organizations for the JLP, JLP NOW.